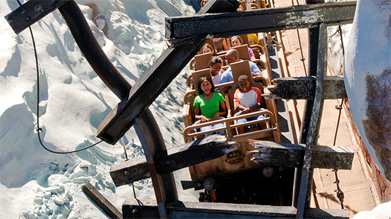 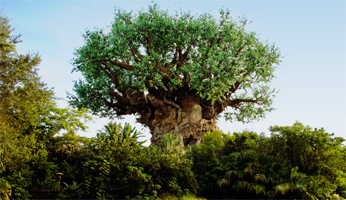 This is the most recent addition to the Disney camp in  and, as you would expect, the theme of Animal Kingdom is wildlife & nature. The park is anchored around the 145-foot Tree of Life. Entirely artificial, it is a remarkable structure and you can spend hours trying to spot the animals carved into the trunk (over 300, apparently). Inside the tree is a 3D touchy-feely movie/sensory presentation, It’s Tough to Be a Bug, based on A Bug’s Life, an outstanding experience with some surprises and a superb atmosphere that pulls you in.

Kilimanjaro Safari is a pretty good recreation of a real jeep trip through the landscape, where Florida trees have been trimmed to look like African flora. You can also trek through re-created, detailed landscapes on foot in Pangani Forest Trail (Africa: gorillas, hippos, etc) or Maharajah Jungle Trek (India: tigers in the ruins of an ancient temple). The latter in particular is superbly detailed and you feel you really could be in India; the free-flying exotic birds are a treat. 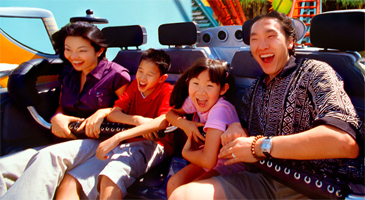 There are also thrill rides at AK: Dinosaur is an enjoyable coaster-style ride back through time with fairly modest drops and dips but plenty roaring dinos jumping out of the darkness, while Kali River Rapids is a white-water ride where pure luck determines how wet you actually get – some people stay nearly dry, others get absolutely drenched. Primeval Whirl is more an old-fashioned waltzer but it can indeed get quite whirly at times. 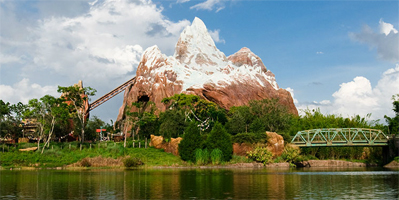 However, the big ticket attraction at AK has become Expedition Everest. Entering through a beautifully-themed Himalayan village, you sit in mining carts and are cranked up into the heart of a snow-capped mountain (the highest point in central Florida – just under 300 feet) where a hair-raising backwards-and-forwards coaster ride follows, with some high-altitude surprises. 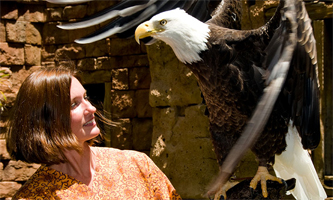 Live action shows include : Flights of Wonder (all-bird show, interacting with the audience); Festival of the Lion King (a half-hour version of the Broadway show, with all the hit songs, much dancing and gymnastics, fantastic costumes); and Finding Nemo - the Musical, an inventive song-and-dance production, ingeniously creating undersea environments on stage.

There are also many animal displays and presentations that are more akin to a conventional zoo experience, and a wide range of wild (but not dangerous) animals and birds wander around free. 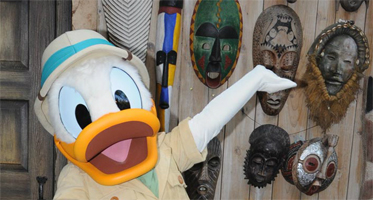 In the future, Animal Kingdom is scheduled for a massive expansion, with an entirely new land based on the movie Avatar due to be completed between 2015-2018. At the time of writing, no details were known of the planned attractions for this section of Animal Kingdom.

Much more on Animal Kingdom - http://disneyworld.disney.go.com/parks/animal-kingdom/

Want to see how Animal Kingdom looks? Then RIDE THE PARKS!