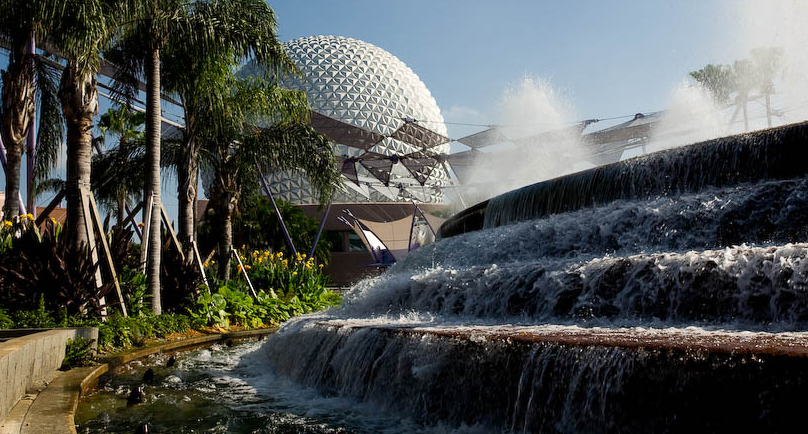 Opened in 1982, Epcot was a technical marvel in its day and had a much more noble aim in mind than mere entertainment. The park’s name itself stands/stood for Experimental Prototype Community Of Tomorrow and early plans apparently included a real community of people living high-tech lives, using ultra-advanced science and technology. That never happened and it’s definitely just a theme park today – although the theme is still science / progress / education.

It’s in two parts that feel very separate, with a huge lake in the middle. The main section that people recognise (with the giant golfball) is called Future World and it features a great many gadgets, innovations, sci-fi items and general futuristic toys / inventions / scientifically amazing things. Some people find it a bit worthy but there are a number of things you shouldn’t miss :

Spaceship Earth (the golf ball) illustrates human communication throughout history – you are taken on a ride up and down the ball from the dawn of humankind to the present (or is it the future?) No thrills but interesting and colourful. This ride was due for a major makeover in late 2007, to include more interactive elements. 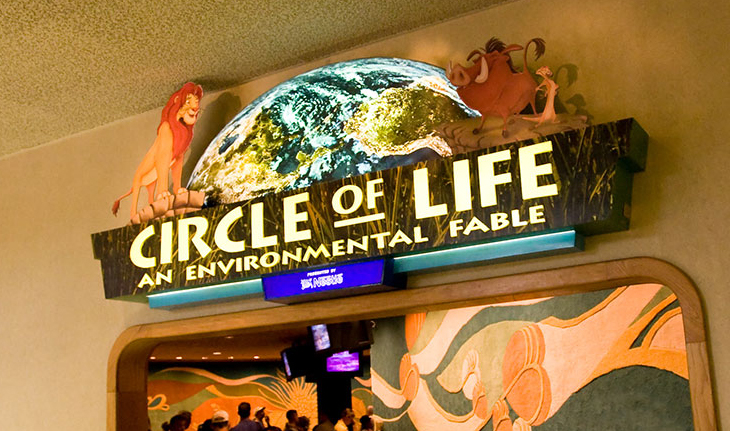 Test Track is often the busiest ride at Epcot, so use Fastpass. It’s a high speed thrill ride, indoor and outdoor, that allows you to experience what it’s  like to be a crash test dummy in a high speed motor car, involving speeds of 65mph on a track that banks past 48 degrees.

The Living Seas is an educational attraction, a film presentation followed by a “trip” to an undersea lab to observe the ocean floor. This whole area has a Finding Nemo theme, with a Nemo ride and an interactive show with Crush the turtle that will have you thinking "how do they do that?". The Land pavilion likewise illustrates ecological principles and Living With the Land, a boat ride, is the most interesting part. The Innoventions buildings focus on state-of-the-art science, sponsored by high-tech companies – although Sega charge extra for their arcade. At night, the fountain between the buildings offers a spectacular water/light show every 15 minutes.

In the Universe of Energy, there is a long ride entitled Ellen’s Energy Adventure, which is a re-tooling of an earlier very similar attraction which didn’t feature Ms DeGeneres. Using a lot of movie footage combined with large-scale animatronic figures, this offers a 45-minute ride through human history with reference to energy – interesting, not least for the weird electric benches that serve as vehicles for the ride, and a nice long break from dashing around.

: Space.  this $100 million ride claims to simulate space travel very accurately and it's most definitely an intense ride, with an exceptionally realistic take-off sequence the most exciting part. The G-forces are strong (caused by spinning at extremely high speeds) but not overwhelming, although a certain dizziness is quiet likely afterwards and some people do experience nausea. This is undoubtedly the most extreme ride anywhere in Disney.

Soarin’ simulates a ride over the spectacular scenery of California, experienced from a sort-of hang glider. You are actually 40 feet in the air as you glide over the Golden Gate bridge, Yosemite and the mountains and rivers of the Golden State. As well as the spectacular visual treat, there are scents pumped into the ride as you travel over orange groves and pine forests. Very highly rated. 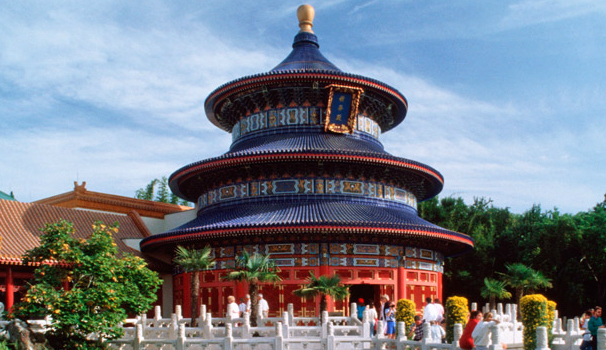 World Showcase is the name of the section around and beyond the lake and it is essentially 11 pavilions, named after different countries, each showing a Disney version of what that country’s like. It’s interesting in a strange parallel-universe kind of way. Most countries have a film about their nation, places to eat their “traditional“ food, “typical” architecture (Mayan temple, Eiffel tower, St Mark’s in Venice) and some of their culture (French mimes, German oompah band, etc). Only two have rides – and , both boat rides on folklore and history respectively : neither is sensational but both are worth doing.

There is an afternoon parade at Epcot, generally on an international theme, and typically involving Disney characters in giant form, dressed in the national costumes of the countries in World Showcase – Goofy in Moroccan robes, Donald Duck as a Japanese Samurai – while water-skiers perform on the lagoon. The giant figures don’t do much, but a 40-foot Minnie Mouse is quite a spectacle in itself.

However, the closing show on the lagoon is utterly stunning – it is a breathtaking mix of lasers and fireworks, all beautifully timed and co-ordinated to blend with the soundtrack of classical music. The lights are turned off to show the effects better in the darkness and the combination of exploding fireworks, zig-zagging laser shapes and the reflections off the water will leave a lasting impression.

There are dozens of small features dotted around the place to amuse & entertain, and we particularly like the small water fountains that spurt up unexpectedly, some set into the pavement, others shooting jets of water across paths – you may get wet when you don’t expect it. Kids, of course, want to do just that.

Much more about Epcot -http://disneyworld.disney.go.com/parks/epcot/

Want to see what Epcot's like? Then RIDE THE PARKS!

(back to Theme Parks)